Part of the 'Annihilation' event 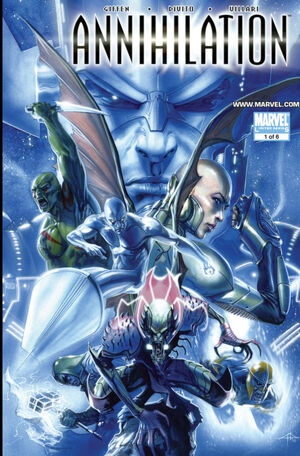 Appearing in "Blood and Thunder"Edit

One empire has fallen. Two heroes are dead. It all comes together here! Individually, the Silver Surfer, Super-Skrull, Ronan and Nova have faced down the Annihilation Wave... and lost! Now, they must unite those who remain or die by Annihilus’ hand! The Annihilation has only begun!

Retrieved from "https://heykidscomics.fandom.com/wiki/Annihilation_Vol_1_1?oldid=1732042"
Community content is available under CC-BY-SA unless otherwise noted.