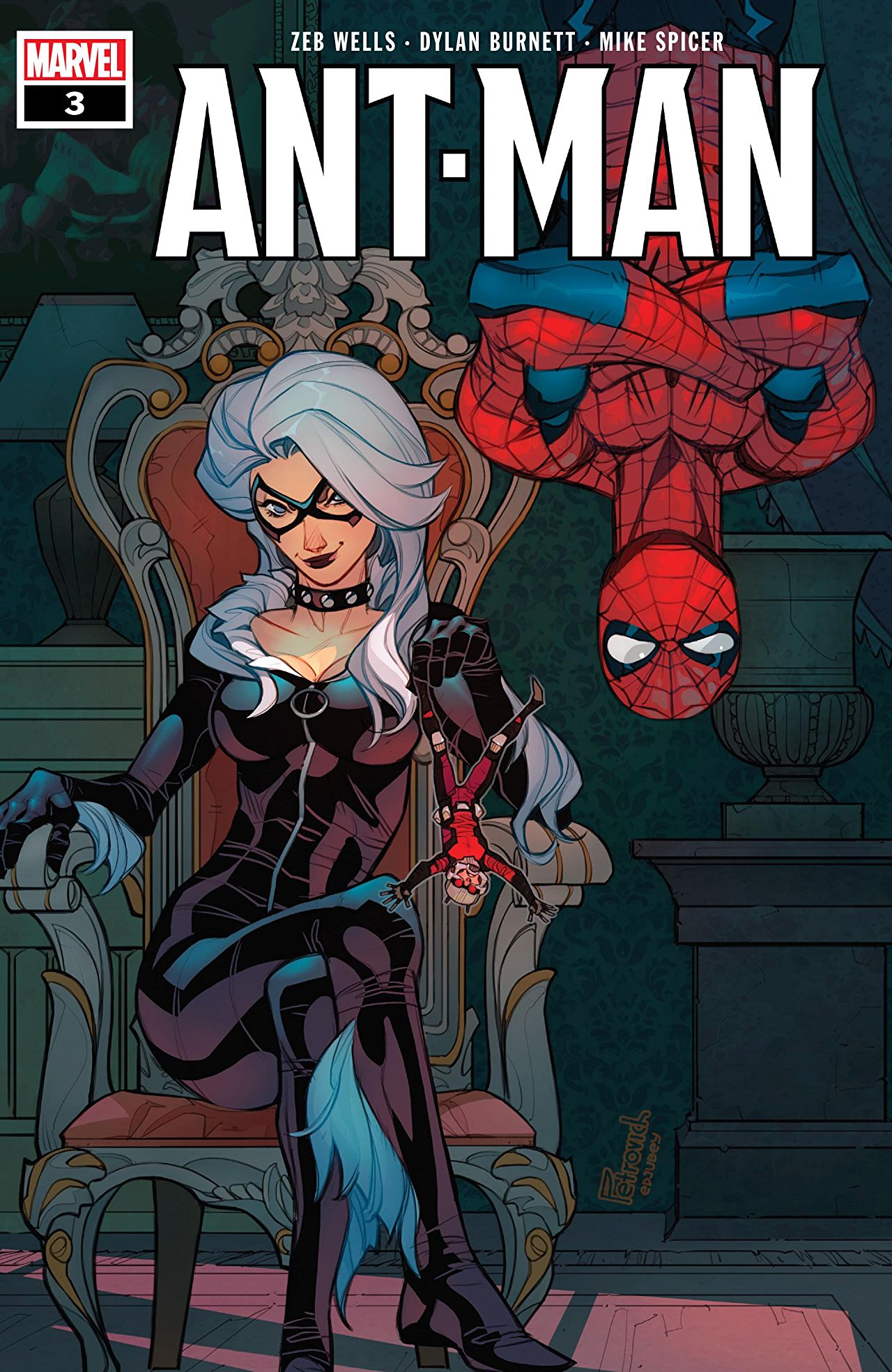 • Ant-Man faces off against his deadliest arch-enemy -- the mercenary known as TASKMASTER!

• Can we really call him an “arch-enemy”? Well, they’ve actually fought a bunch of times (look it up). And they definitely don’t like each other -- that’s what “arch” means, right?

• There’s a mystery villain pulling the strings! He’s the one covered in heavy shadow. Mystery villains never have good lighting. Need to get to an Ikea or something.

Retrieved from "https://heykidscomics.fandom.com/wiki/Ant-Man_Vol_2_3?oldid=1430537"
Community content is available under CC-BY-SA unless otherwise noted.