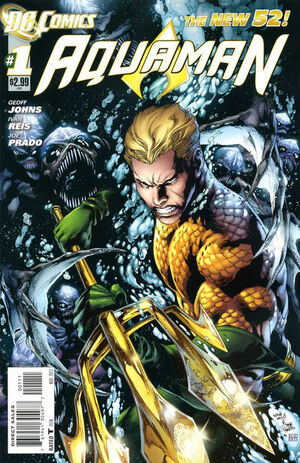 Appearing in "The Trench: Part One"Edit

Aquaman has renounced the throne of Atlantis – but the sea will not release Arthur Curry so easily.

Now, from a forgotten corner of the ocean emerges… The Trench! A broken race of creatures that should not exist, an unspeakable need driving them, The Trench will be the most talked-about new characters in the DC Universe!

Retrieved from "https://heykidscomics.fandom.com/wiki/Aquaman_Vol_7_1?oldid=1660460"
Community content is available under CC-BY-SA unless otherwise noted.