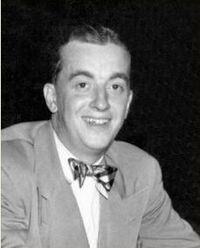 Arthur "Art" Saaf (December 4, 1921 in Brooklyn, New York - April 21, 2007[1]) was an American comic book artist from the Golden Age of Comics who also worked in television. He commonly went by Art or Artie.

Saaf developed his art skills working at McFadden Publishing in 1938 and built his first art table using schematics from Mechanics Illustrated. He then majored in pictorial illustration at Pratt Institute from 1941 to 1942, then attended the School of Arts and Mechanics and the Art Students League of New York.[2]

During World War II Saaf worked on titles including Commando Rangers, Clipper Kirk, Phantom Falcons as well as covers for Wings and Jumbo. He also "ghosted" Hap Hopper, providing art credited to Drew Pearson. After the War Saaf worked for Timely Comics, Dell Comics as well as autobiographical comics including "The Clown of Baseball" for Real Life Comics.[2]

While still doing comic book work, Saaf ventured into television. In 1954 he worked for the Kudner Agency as an assistant television director and provided storyboards for The Jackie Gleason Show, and followed that in 1956 working for Dancer, Fitzgerald and Sample Agency.[2]

Around 1959, Saaf began working at a freelancer, stating "the pace was too fast, and I wanted time to think about what I was doing."[2] Into the 1960s he worked for numerous agencies providing many advertisements for products ranging from Post Cereal, Crest, Zest, Maxwell House, Life Savers and many others.[2]

In the 1970s, he worked for DC Comics and Standard Comics illustrating romance stories until finally leaving comic books. He drew Supergirl stories in the character's original solo series in 1972.[3] He continued drawing however by providing work for Highlights for Children magazine as well as various newspapers and other publications.[2]

The real joy here is Art Saaf’s beautiful artwork. I’m not too familiar with his career, but on this showing it’s well worth investigating. He draws a lovely Supergirl, the flying scenes being particularly effective: she looks carefree and joyous [1]