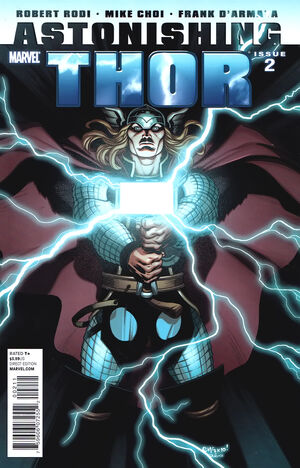 Behold, Alter Ego! Created at the same time, and by the same hand, as his more familiar brother.

Blasted back into space by the Stranger, Thor hurtles across the solar system, trying to overtake Ego and deter him from reaching his final destination: the museum of Taneleer Tivan – The Collector. What business would Ego have at the museum? What would entice a living planet out of its orbit? And why is Zephyr at the museum, collaborating with The Collector?

Retrieved from "https://heykidscomics.fandom.com/wiki/Astonishing_Thor_Vol_1_2?oldid=1411866"
Community content is available under CC-BY-SA unless otherwise noted.