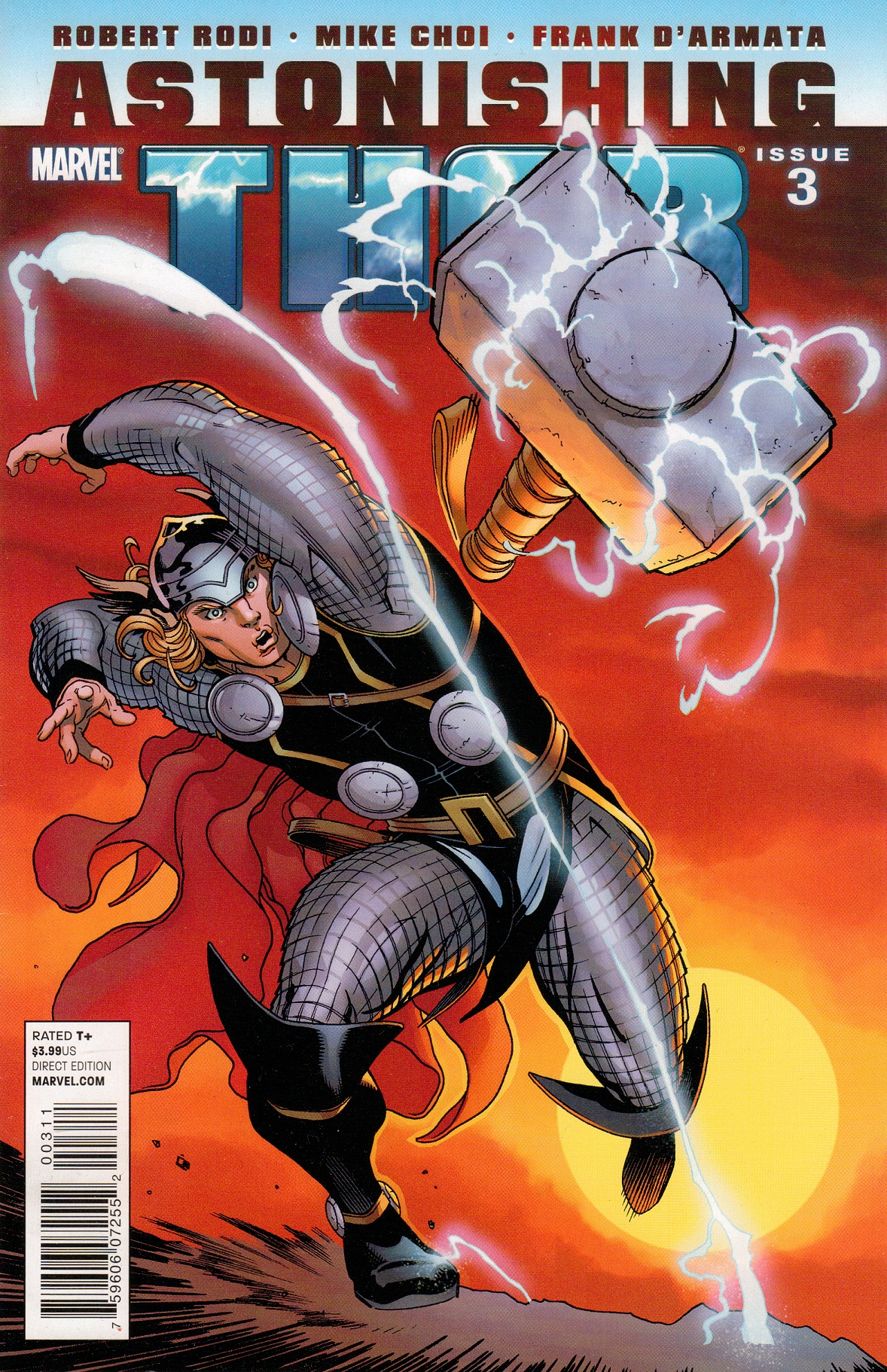 Asgard is in ruins, and now—the infamous Grey Gargoyle strikes! In search of the fabled Apples of Idunn which give immortality to the gods themselves, the rock-like horror will stop at nothing to achieve the endless life he has so long sought. He invades the fabled, though fallen city, turning all before him to unmoving stone in his awful quest. And it seems as if not even the Thunder God himself can give the Grey Gargoyle pause. Don’t miss this stand alone special written by the cosmic team supreme of Dan Abnett and Andy Lanning, ably illustrated by Mark Brooks. It’s the perfect introduction to the wondrous world of the Mighty Thor.

Retrieved from "https://heykidscomics.fandom.com/wiki/Astonishing_Thor_Vol_1_3?oldid=1733001"
Community content is available under CC-BY-SA unless otherwise noted.