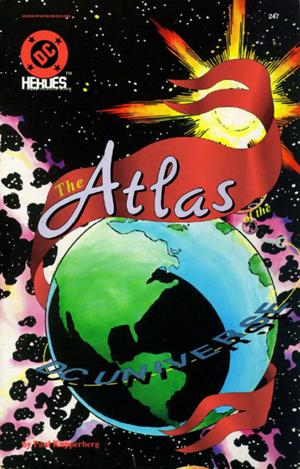 Appearing in "Atlas of the DC Universe"Edit

(only character whose image appears)

Synopsis for "Atlas of the DC Universe"Edit

Published by Mayfair Games Inc. in 1990, The Atlas of the DC Universe as a supplement to a Role Playing Game (RPG), the Atlas presents a complete guide to the people, organizations, and most importantly, the places that make up the exciting world of DC Comics. The Atlas provides you with maps and background on cities of the United States, countries of the Earth, planets of the galaxy, and the dimensions that make up the multiverse.

Retrieved from "https://heykidscomics.fandom.com/wiki/Atlas_of_the_DC_Universe?oldid=1606397"
Community content is available under CC-BY-SA unless otherwise noted.