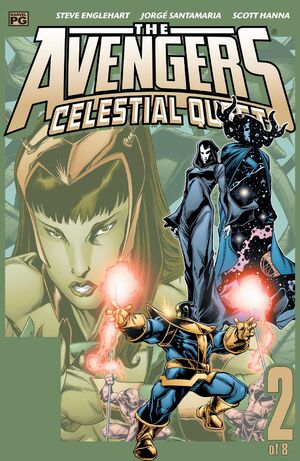 I am finished with you, lady! I have given everything for you-- even been dead, under your sole command! I have been mad.

Retrieved from "https://heykidscomics.fandom.com/wiki/Avengers:_Celestial_Quest_Vol_1_2?oldid=1412192"
Community content is available under CC-BY-SA unless otherwise noted.