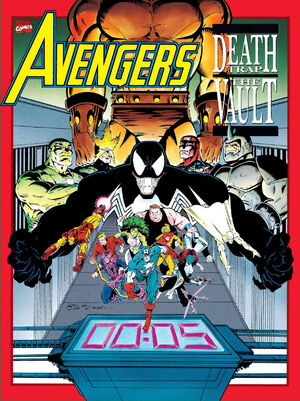 We've neutralized the gas, Tru. And now we've got hostages -- lots of 'em. All the Guardsmen and anyone else dumb enough to be in our reach. And one of 'em's going to die every five minutes -- unless you set us free!

Appearing in "Death Trap, The Vault"Edit

Synopsis for "Death Trap, The Vault"Edit

Retrieved from "https://heykidscomics.fandom.com/wiki/Avengers:_Death_Trap_-_The_Vault_Vol_1_1?oldid=1412241"
Community content is available under CC-BY-SA unless otherwise noted.