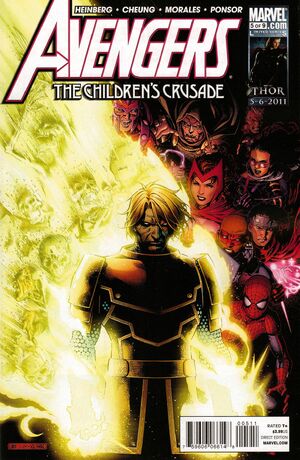 THE SCARLET WITCH WAR IS ON! Latveria becomes a battle-ground as Magneto battles Doctor Doom -- and the Young Avengers take on the Avengers -- to determine the ultimate fate of the Scarlet Witch. But the mysterious reappearance of the time-traveling Iron Lad unleashes Wanda’s reality-altering powers upon the timestream itself, changing the game, and the Marvel Universe, forever.