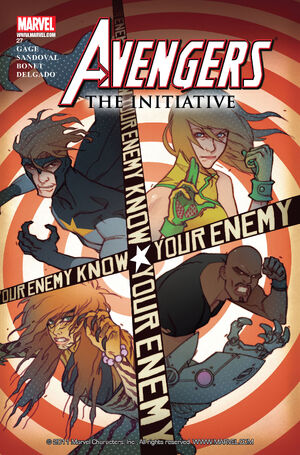 Appearing in "Even the Losers/The Taking of 42"Edit

Blastaar's alien army has seized 42, the Initiative's prison in the Negative Zone. Someone has to take it back, and the Taskmaster has assembled a team to do just that. But when Komodo looks around her at the squad of Z-list super-villains she's supposed to go into battle with, she wonders if this is a recovery job...or a suicide mission! And when she encounters familiar faces who had been incarcerated within the prison, will they be friend or foe? Also, because you demanded it--the return of Butterball!

Most of the characters announced in the resume doesn't appears in the story as well as the W:C:marvel:New Warriors (Earth-616)New Warriors appearing on the cover.