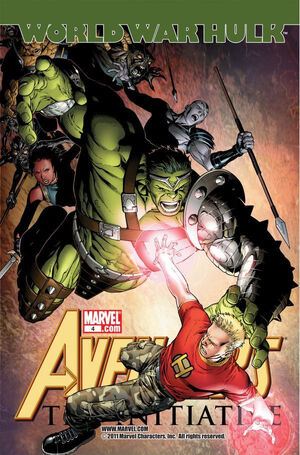 When the Hulk and his Warbound invade America, the Superhuman Armed Forces answer the call! Our young recruits have seen plenty of action, but will it prepare them for ALL-OUT WAR?! In this time of crisis, will SHE-HULK be able to take IRON MAN'S orders? And what is HARDBALL hiding from everyone? Believe it or not, it's a secret that could turn the tide of the entire WAR!