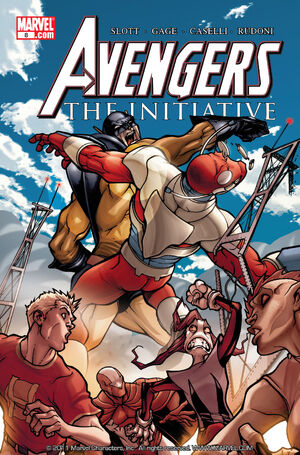 Shut up!! I hear one more word outta you, old man, and I'll tell everyone your "perfect record's" a load of crap! You think you're the only one who can hold people's mistakes over them? Well, think again! You got skeletons in your closet too. And one of 'em's a killer.

Retrieved from "https://heykidscomics.fandom.com/wiki/Avengers:_The_Initiative_Vol_1_8?oldid=1525409"
Community content is available under CC-BY-SA unless otherwise noted.