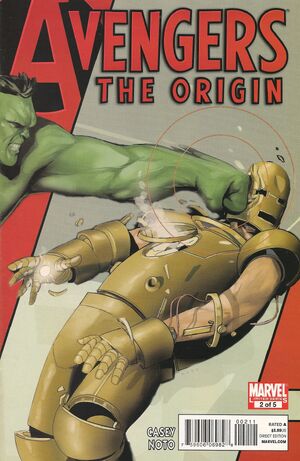 The historic first gathering of Earth's Mightiest Heroes continues here…chockfull of previously unknown details! As Loki's plans escalate, five disparate heroes -- Iron Man, Thor, Ant-Man, the Wasp and the Hulk -- are caught up in events that just may be beyond their comprehension! How do people react to these strange beings working together? With guns drawn, that's how!