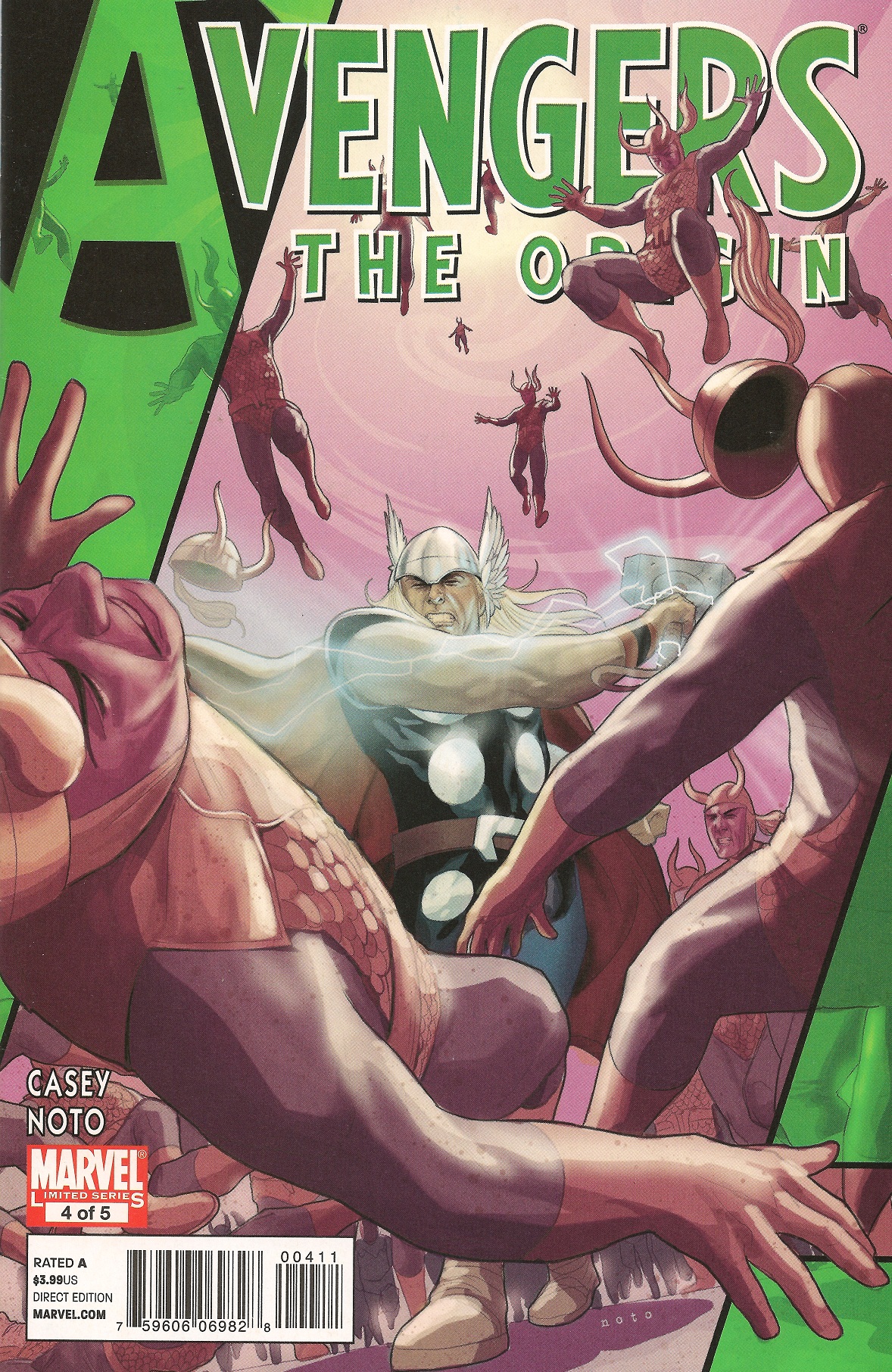 It's all-out action in the mighty Marvel manner! The hunt for the Hulk is on! And when Iron Man, Ant-Man and the Wasp actually find him -- all hell breaks loose! Meanwhile, an eternal war between half-brother gods erupts in Asgard! You call yourself a Marvel fan -- then don't dare miss this one!

Retrieved from "https://heykidscomics.fandom.com/wiki/Avengers:_The_Origin_Vol_1_4?oldid=1658953"
Community content is available under CC-BY-SA unless otherwise noted.