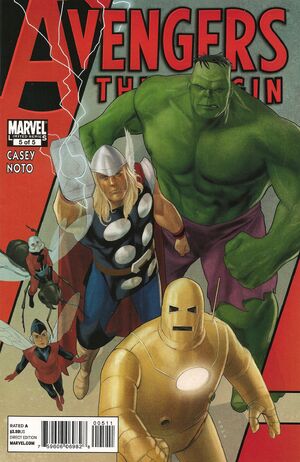 Appearing in "One Shoe Drops"Edit

The big finale! All-out war on the Isle of Silence! The climactic showdown on Earth! Is the Hulk the true villain? Or does Loki's revenge plot have even deeper ramifications to humanity? And who actually thought of the name "Avengers"? You might've read the 1963 original, but you really have no idea how it all ends!

Retrieved from "https://heykidscomics.fandom.com/wiki/Avengers:_The_Origin_Vol_1_5?oldid=1658954"
Community content is available under CC-BY-SA unless otherwise noted.