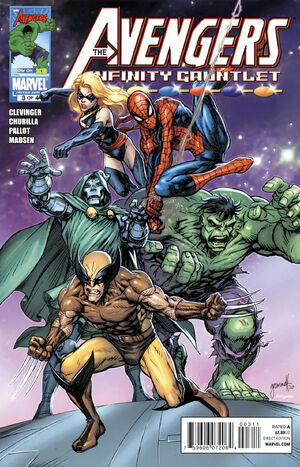 The “new” Avengers have trekked across the stars to stop Thanos...and after being cramped in a space-trailer with Spider-Man and Doctor Doom, the Hulk wants one thing and one thing only: TO SMASH RAISIN CHIN MAN!!! But he better watch out, because Thanos will leave an infinity gauntlet-shaped imprint in the Hulk’s jade jaws if he tries to mess with the mad titan’s plans of cosmic domination!