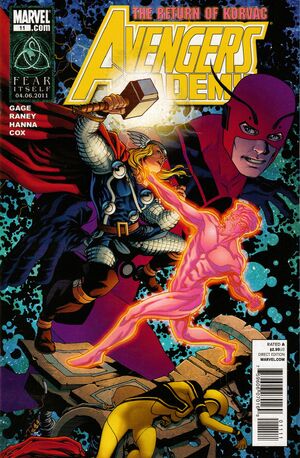 The return of the Wasp? The return of Korvac? It’s two book-shaking issues in one month – and issue #12 guest-stars the Avengers! First it’s a “day in the life” of the students, with special guest instructors Protector and Dr. Strange! Then Thor, Steve Rogers, Iron Man and more assemble as one of Earth’s Mightiest Heroes’ most powerful villains storms the school as Korvac comes back! Enroll in AVENGERS ACADEMY now and find out why ComicBookResources.com calls it “one of my favorite new series to come along in a while.”