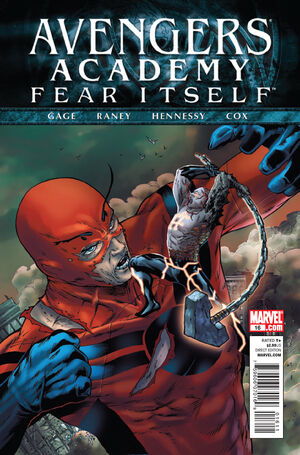 Appearing in "A God-Awful Small Affair"Edit

FEAR ITSELF TIE-IN The Academy teachers must battle not one, but two hammer-wielders at the same time! Meanwhile, the horrors of war take their toll on the students, as one of them is pushed ever further towards a life-changing decision! Don't miss the shocking events that will rock the book that IGN.com calls “the under-appreciated gem of the Avengers franchise."