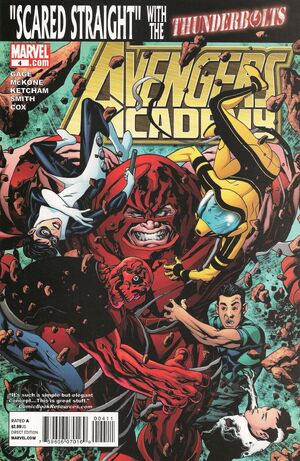 "SCARED STRAIGHT"—the explosive crossover with THUNDERBOLTS—continues! There's a jailbreak at The Raft, the maximum security prison for super villains, and the students of Avengers Academy are caught in the middle! But whose side are they on? Will they help the Avengers put the criminals back behind bars...or has inmate Norman Osborn made them an offer they can't refuse? Also: the origin of Mettle!