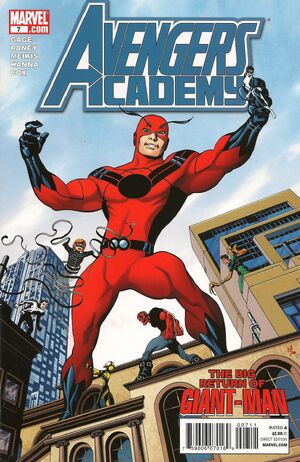 Appearing in "Always On My Mind"Edit

This is it: The BIG return of Giant-Man! Founding Avenger Hank Pym has been a scientist, a hero, a disgrace, a convict, and -- after a long road of redemption -- he's the headmaster of Avengers Academy. But now, at long last, Pym returns to his greatest role...that's right, Giant-Man returns in this historic issue! But even with his students at his side, can he stand up to one of the most powerful villains in the Marvel Universe, a man who can become every bit as gigantic as he is? Find out in the latest chapter of the series that ComicBookResources.com hails as “a fine addition to the Heroic Age.”