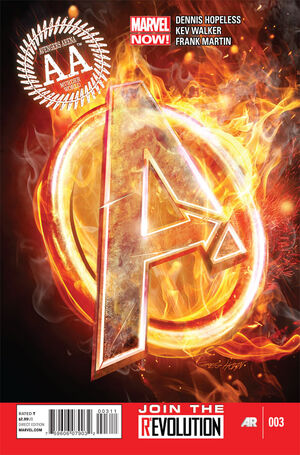 • X-23 vs. ANNIHILATION's Cammi! • A mystery opponent vs. AVENGERS ACADEMY's Sentinel! • Who is the killer stalking the competitors in their sleep? • Plus: Darkhawk equals death!

•The cover is a homage to the book The Hunger Games, carrying on the theme of books about kids killing each other

Retrieved from "https://heykidscomics.fandom.com/wiki/Avengers_Arena_Vol_1_3?oldid=1725972"
Community content is available under CC-BY-SA unless otherwise noted.