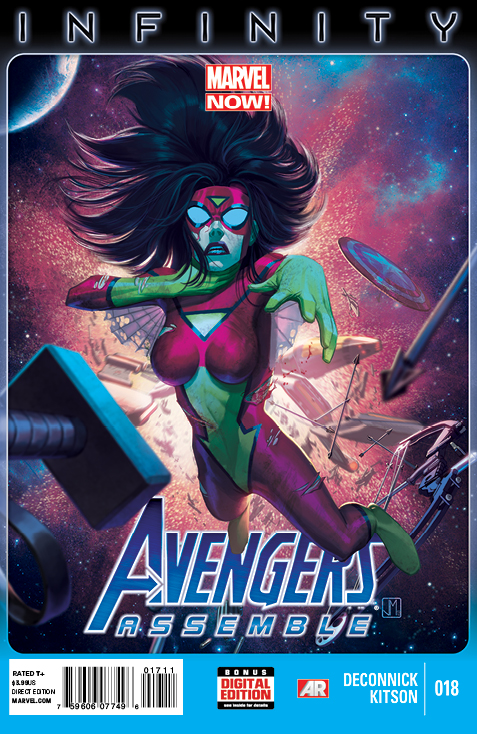 INFINITY TIE-IN! • Part 1 of 2! A Spider-Woman’s eye-view as the Avengers engage the seemingly unstoppable Builder fleet! • You know, the last time Spider-Woman was involved in a big alien invasion thingie, it didn’t go so well for her. • I wonder, is Jessica Drew the kind of woman who holds a grudge?

Retrieved from "https://heykidscomics.fandom.com/wiki/Avengers_Assemble_Vol_2_18?oldid=1646445"
Community content is available under CC-BY-SA unless otherwise noted.