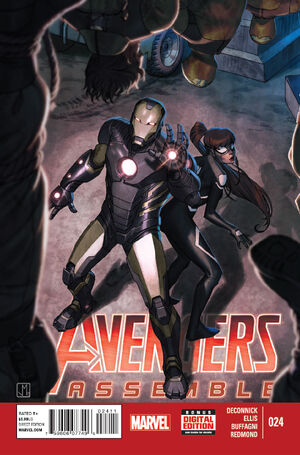 • Mad Scientist June Covington is at war in New York City with A.I.M. for control of new Inhuman abilities! (And also because she hates people and likes killing them!)

• SPIDER-GIRL has to enlist the help of IRON MAN to understand what’s at stake, how to fight it – and, if she’s very lucky, how to recover her friend without ending up dead.

Retrieved from "https://heykidscomics.fandom.com/wiki/Avengers_Assemble_Vol_2_24?oldid=1646462"
Community content is available under CC-BY-SA unless otherwise noted.