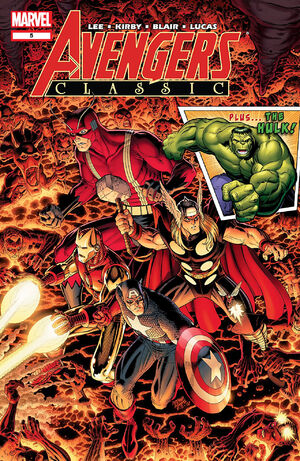 Synopsis for "The Wolf and the Other"Edit

Seeing the Avengers fight the Lava Men on TV, a resident of a Veterans Hospital recalls the day he lost his legs when his unit was attacked by a giant wolf monster. Captain America and Bucky try to lead the soldiers to victory against the beast, but it's the sudden arrival of a thundergod speaking another language that subdues the wolf and carries it off into the sky.

Retrieved from "https://heykidscomics.fandom.com/wiki/Avengers_Classic_Vol_1_5?oldid=1408765"
Community content is available under CC-BY-SA unless otherwise noted.