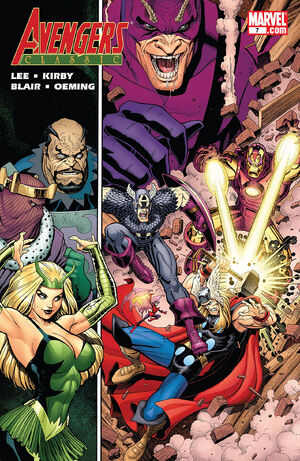 The Masters' escape pod lands in a foreign dimension where they are caught in the massive tendrils of a troublesome, but ultimately benign alien creature.

Retrieved from "https://heykidscomics.fandom.com/wiki/Avengers_Classic_Vol_1_7?oldid=1408767"
Community content is available under CC-BY-SA unless otherwise noted.