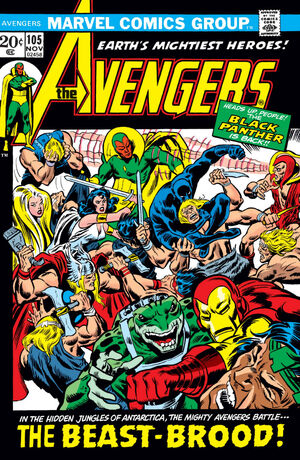 Appearing in "In the Beginning Was... The World Within!"Edit

Synopsis for "In the Beginning Was... The World Within!"Edit

Slight editorial goof: When the Vision is first seen in this issue, he mentions having just come from a battle with the Puppet Master (Marvel Team-Up #5), indicating that story happened first. But in MTU #5, he tells Spider-Man that he had left the Avengers on uncertain terms; referring to the end of this issue, which indicates that this story came first!

Retrieved from "https://heykidscomics.fandom.com/wiki/Avengers_Vol_1_105?oldid=1719095"
Community content is available under CC-BY-SA unless otherwise noted.