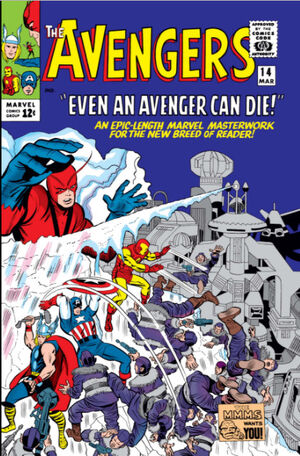 Appearing in "Even an Avenger Can Die!"Edit

Synopsis for "Even an Avenger Can Die!"Edit

Template:Delete* This issue features the first appearance of the famous Avengers' catchphrase "Avengers Assemble!" said by Thor. (Thor had already said it in Avengers

Retrieved from "https://heykidscomics.fandom.com/wiki/Avengers_Vol_1_14?oldid=1629787"
Community content is available under CC-BY-SA unless otherwise noted.