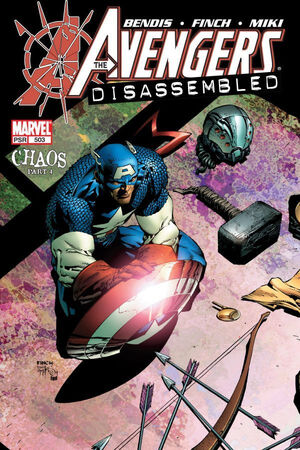 The shocking double-sized conclusion to the comic event of the year! The Avengers come face to face with the enemy that destroyed them and nothing will ever be the same again. A story so big, a regular-sized comic could not contain it! The last page cameo will have the comic world talking for years!

Retrieved from "https://heykidscomics.fandom.com/wiki/Avengers_Vol_1_503?oldid=1655242"
Community content is available under CC-BY-SA unless otherwise noted.