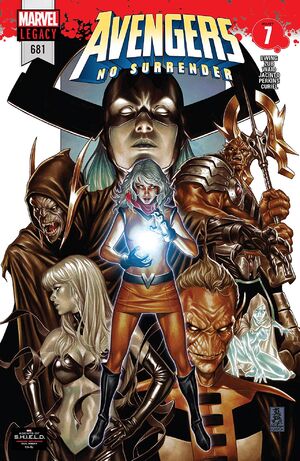 Who is Voyager? Valerie Vector, the forgotten founding Avenger, tells all! And a fan-favorite Avenger returns to the fold as the stakes in the battle for Earth become clear!

Retrieved from "https://heykidscomics.fandom.com/wiki/Avengers_Vol_1_681?oldid=1651916"
Community content is available under CC-BY-SA unless otherwise noted.