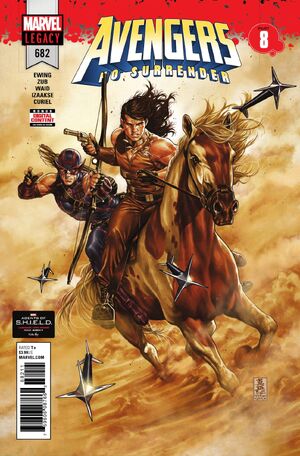 One Avenger will gamble everything to save thousands — and the odds aren’t in his favor! The Challenger reveals his ace in the hole, and Jarvis awakens from a mysterious coma long enough to cry four chilling words: “It’s all a lie!”

Retrieved from "https://heykidscomics.fandom.com/wiki/Avengers_Vol_1_682?oldid=1651917"
Community content is available under CC-BY-SA unless otherwise noted.