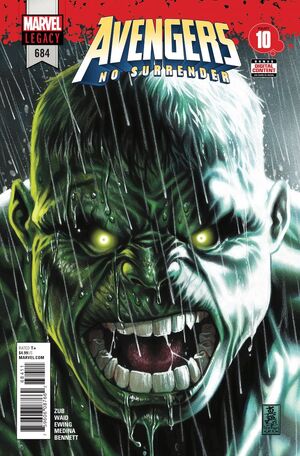 THE AVENGERS WEEKLY EPIC CONTINUES IN THIS OVERSIZED ISSUE!

Back from the dead! He cannot be reasoned with. He will not be stopped. Bruce Banner isn’t home right now. There is only THE IMMORTAL HULK.

Events occur between the pages of this story that affect the chronology of the following characters:

Retrieved from "https://heykidscomics.fandom.com/wiki/Avengers_Vol_1_684?oldid=1651919"
Community content is available under CC-BY-SA unless otherwise noted.