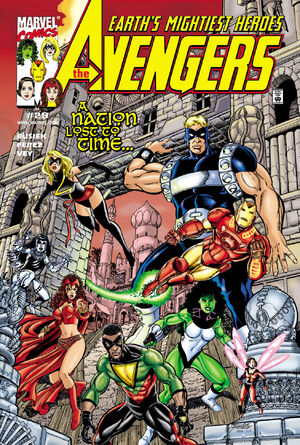 Appearing in "A Dream of Bitter Ash"Edit

Synopsis for "A Dream of Bitter Ash"Edit

Silverclaw's mother, the Volcano Goddess Peliali, is captured by Kulan Gath's underlings. The Avengers, thanks to a spell by the Scarlet Witch, get past Gath's magical barrier around his city. However, their presence doesn't go unnoticed and Gath enhances the local rabble and overwhelms the Avengers. Gath explains to Peliali that he plans to kill her to get the attention of the Old Gods.