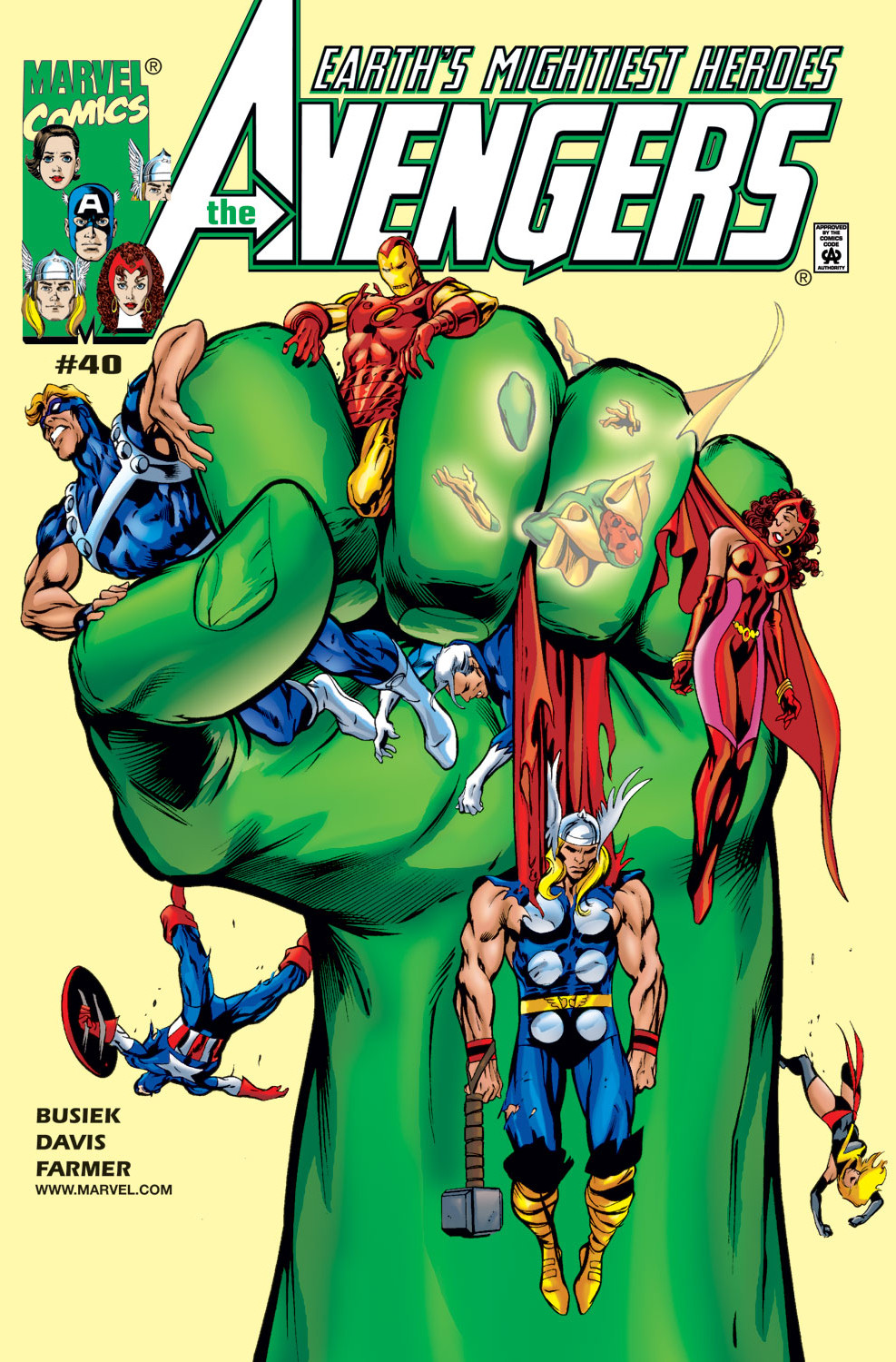 I am faster than I was when I was last on the Avengers roster -- MUCH FASTER!

The Avengers continue to do their best at containing the composite Hulk entity. Quicksilver races across the ocean and brings back Dr. Bruce Banner. The Scarlet Witch is able to merge the Hulk and this Hulk entity. The Hulk then forces the others out of the communal mind and disrupts the Hulk entity freeing the residents of the Greek town. Meanwhile back at the Avengers mansion, Silverclaw, with some help from Wonder Man and Triathlon, defeats Diablo who unfortunately turns out to be a homunculus sent by Diablo in an attempt to free himself from the dimensional realm in which he's trapped.

Retrieved from "https://heykidscomics.fandom.com/wiki/Avengers_Vol_3_40?oldid=1482211"
Community content is available under CC-BY-SA unless otherwise noted.