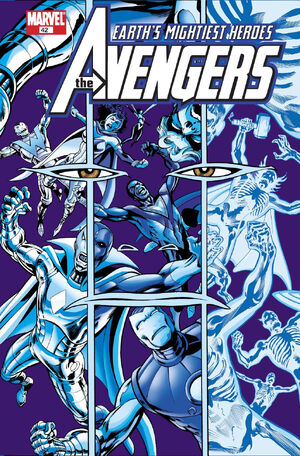 Appearing in "No More Tomorrows"Edit

Synopsis for "No More Tomorrows"Edit

Kang warns humanity of its upcoming doom and also provides a glimpse into various possible futures all of which are bleak. However, he proposes that if he is given control of the planet, he can adequately protect it from all of these threats. He also issues a notice to all those who would rise up in his favor that they would be well rewarded in his new regime. Of course, Attuma and his forces, as well as the Deviants, are quick to launch attacks in the name of Kang. Meanwhile, the rest of the Avengers continue to investigate the radiation disaster in Siberia.