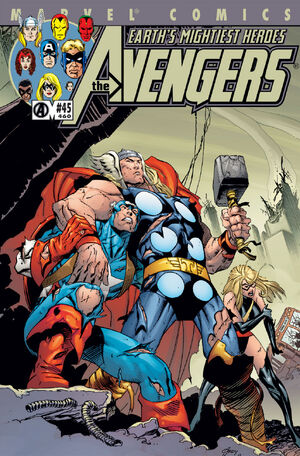 Appearing in "Life During Wartime"Edit

Synopsis for "Life During Wartime"Edit

The calm before the storm. As Kang prepares to launch his initial strike against the world, the U.S. military warns the Avengers that if they can't stop Kang, they'll be forced to send in the Sentinels. Meanwhile, the Vision decides to go undercover and infiltrate the Triune Understanding. Firebird convinces Thor to remain on the team as their recent battle has forced him to confront the mortality of his teammates. The Master of the World shows up as an unusual ally and fortifies the major cities of the world to protect them from Kang.