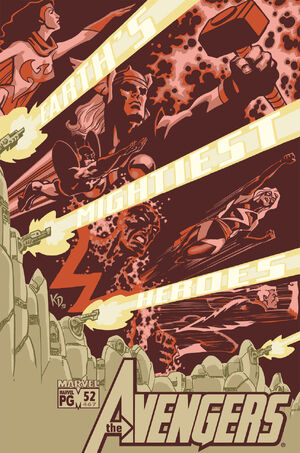 The Avengers manage to free their captured teammates and regroup in the Master's base of operations. They finally figure out how to use the Master's technology and drive Kang and the Scarlet Centurion back to their Damocles Base in orbit. As Kang prepares to lay waste to several cities, he's attacked by the Tri-Evil's pyramid. Kang and Captain America prepare to go head-to-head in outer space as their holographic simulacrums face off against each other.