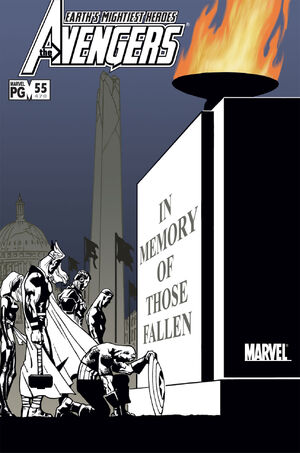 Appearing in "The Last Farewell"Edit

Synopsis for "The Last Farewell"Edit

Warbird faces a court martial over her killing of the Master during the war against Kang. The Avengers court martial clears her of any wrong doings. The Master's bases have all mysteriously disappeared. The team enjoys a well earned rest and mourns the loss of those who died.

Retrieved from "https://heykidscomics.fandom.com/wiki/Avengers_Vol_3_55?oldid=1501765"
Community content is available under CC-BY-SA unless otherwise noted.