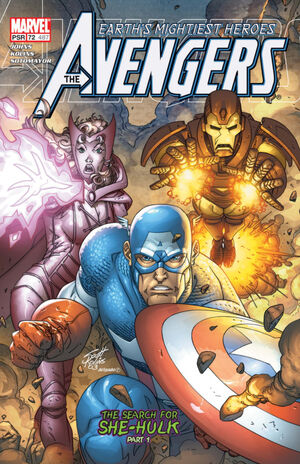 Jennifer Walters, alter-ego of the She-Hulk, drifts through small towns trying to lay low and begins to appreciate what her cousin, Bruce Banner has to endure. However, the Avengers track her down and the Scarlet Witch confronts her. Unfortunately, it's fear that triggers her change and not anger, and Jennifer transforms into the savage She-Hulk.

Retrieved from "https://heykidscomics.fandom.com/wiki/Avengers_Vol_3_72?oldid=1408637"
Community content is available under CC-BY-SA unless otherwise noted.