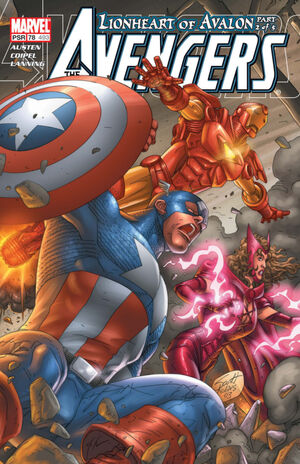 The injured mother of two children is caught between Thunderball and Captain America. She's able to use Captain America's shield to defend the fallen Captain long enough until the She-Hulk shows up and takes Thunderball out. Meanwhile, Hawkeye takes down the rest of the Wrecking Crew. The Avengers get the mother and her children to safety, but the mother dies of the wounds she sustained.

Retrieved from "https://heykidscomics.fandom.com/wiki/Avengers_Vol_3_78?oldid=1408643"
Community content is available under CC-BY-SA unless otherwise noted.