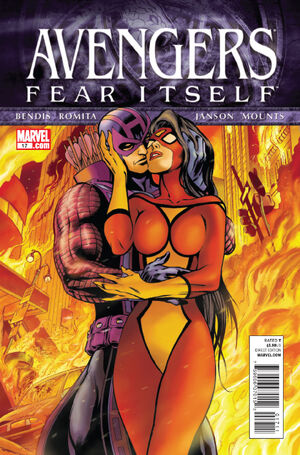 Appearing in "Fear Itself, part 5: Love is a Battlefield"Edit

FEAR ITSELF TIE-IN
FEAR ITSELF has brought damage and destruction the likes of which the Marvel Universe has never seen but it has also brought two avengers together in the most surprising way. Be here for the start of an all-new chapter in the lives of two of the most controversial Avengers!

Retrieved from "https://heykidscomics.fandom.com/wiki/Avengers_Vol_4_17?oldid=1637791"
Community content is available under CC-BY-SA unless otherwise noted.