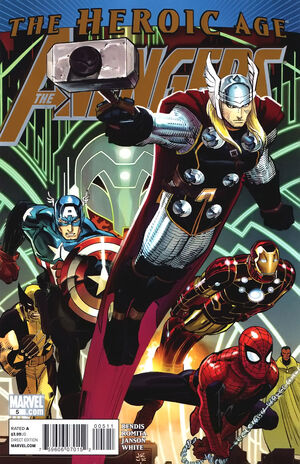 Appearing in "Next Avengers, Part 5: Battle for the Future"Edit

The Blockbuster Marvel series continues! The Avengers travel to the far-flung future to stop the timestream from ripping itself apart. But with time unraveling more and more with every second it may be too late to put the world back the way it was. All this plus a brand new chapter in the oral history of the Avengers!

Retrieved from "https://heykidscomics.fandom.com/wiki/Avengers_Vol_4_5?oldid=1639243"
Community content is available under CC-BY-SA unless otherwise noted.