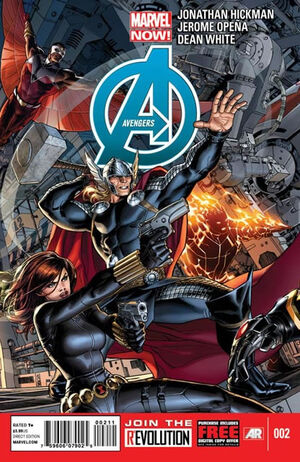 Appearing in "We Were Avengers"Edit

The greatest heroes in comics together on one unbeatable team! Now shipping twice a month, the Avengers “go large,” expanding their roster and their sphere of influence to a global and even interplanetary level. When Captain America puts out his call - who will answer? Big threats, big ideas, big idealism - these are the Avengers NOW!

Retrieved from "https://heykidscomics.fandom.com/wiki/Avengers_Vol_5_2?oldid=1722330"
Community content is available under CC-BY-SA unless otherwise noted.