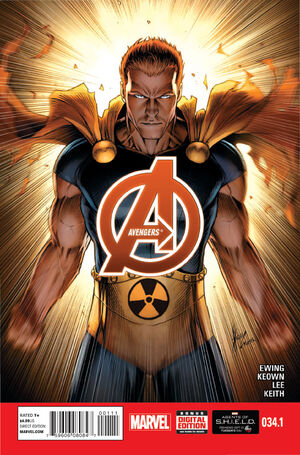 When I was a boy... My father thaught me how to see the world. He thought me a code-- Truth without compromise, thought without error, and all things for the betterment of the whole. And he was right. And he was wrong. He was right to show me the whole. To show me how to work to make all things better. But... the whole is made up of many parts. Some lost, that must be restored. Some broken, that must be mended. Some yet to release their potential. That must be guided. And all of those parts-- from the smallest to the largest, from the lowest sinner to the highest saint-- must be understood. If we flinch from that understanding--declare it impossible, inconceivable-- Then all truth is compromised. All thought will contain error. When I was a boy, my father taught me how to see the world. Now... Now I will teach you. And perhaps I'll be right. And perhaps I'll be wrong. But we can try.

Appearing in "The World in his Hands"Edit

• Last son of a dead utopia. Father-figure to a new species of humanity. Avenger. Hyperion is all these things... and more!

• Now the Man From Nowhere searches for an unhinged cop killer, a kidnapped child...

• ...and the answers to the questions that haunt him.

Retrieved from "https://heykidscomics.fandom.com/wiki/Avengers_Vol_5_34.1?oldid=1533550"
Community content is available under CC-BY-SA unless otherwise noted.