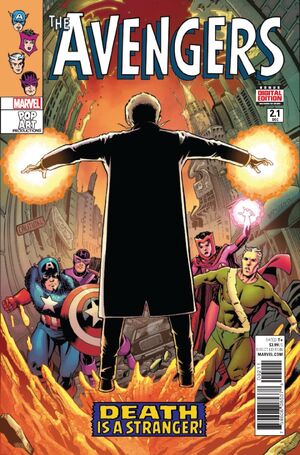 Pietro and I saw a vision. It felt almost like a warning... telepathic... perhaps from Charles Xavier?

• More on the Secret History of the Avengers!

• A stranger has come to New York — and the Avengers may have to draft a new member to help them defeat him!

Retrieved from "https://heykidscomics.fandom.com/wiki/Avengers_Vol_7_2.1?oldid=1655475"
Community content is available under CC-BY-SA unless otherwise noted.