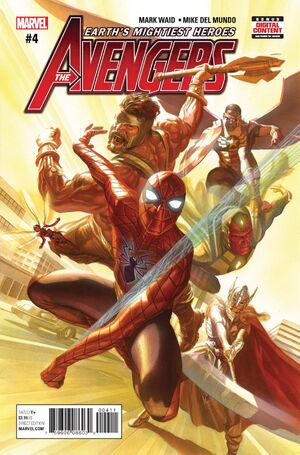 • “Kang War IV” begins! The Avengers turn the tables on one of their oldest foes by adopting one of his tactics, leaving Kang nowhere to run and nowhere to hide — except in the timestream itself!

Retrieved from "https://heykidscomics.fandom.com/wiki/Avengers_Vol_7_4?oldid=1652042"
Community content is available under CC-BY-SA unless otherwise noted.