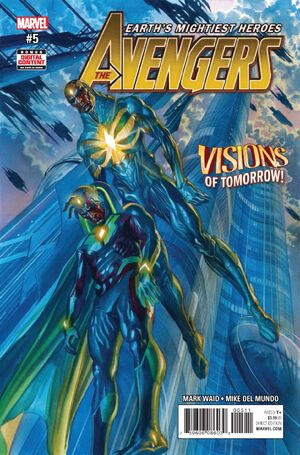 • “Kang War V” reaches its climax as the Avengers storm through time and space relentlessly to put an end to Kang’s menace once and for all!

Retrieved from "https://heykidscomics.fandom.com/wiki/Avengers_Vol_7_5?oldid=1652049"
Community content is available under CC-BY-SA unless otherwise noted.