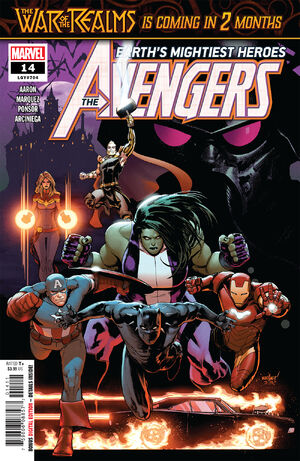 All you Avengers gotta do is answer one simple question for me... "Where do I find Dracula?"

Appearing in "The Fall of Castle Dracula"Edit

THE WAR OF THE VAMPIRES BEGINS!

TRANSYLVANIA IS BURNING! As vampire civil war throws the world into chaos, the mysterious Shadow Colonel and his squad of undead revolutionaries have one burning question on their murderous minds: Where is Dracula? And if the Avengers find him first, will the lord of the damned be friend or foe?

Retrieved from "https://heykidscomics.fandom.com/wiki/Avengers_Vol_8_14?oldid=1655154"
Community content is available under CC-BY-SA unless otherwise noted.