Start a Wiki
Part of the 'War of the Realms' event 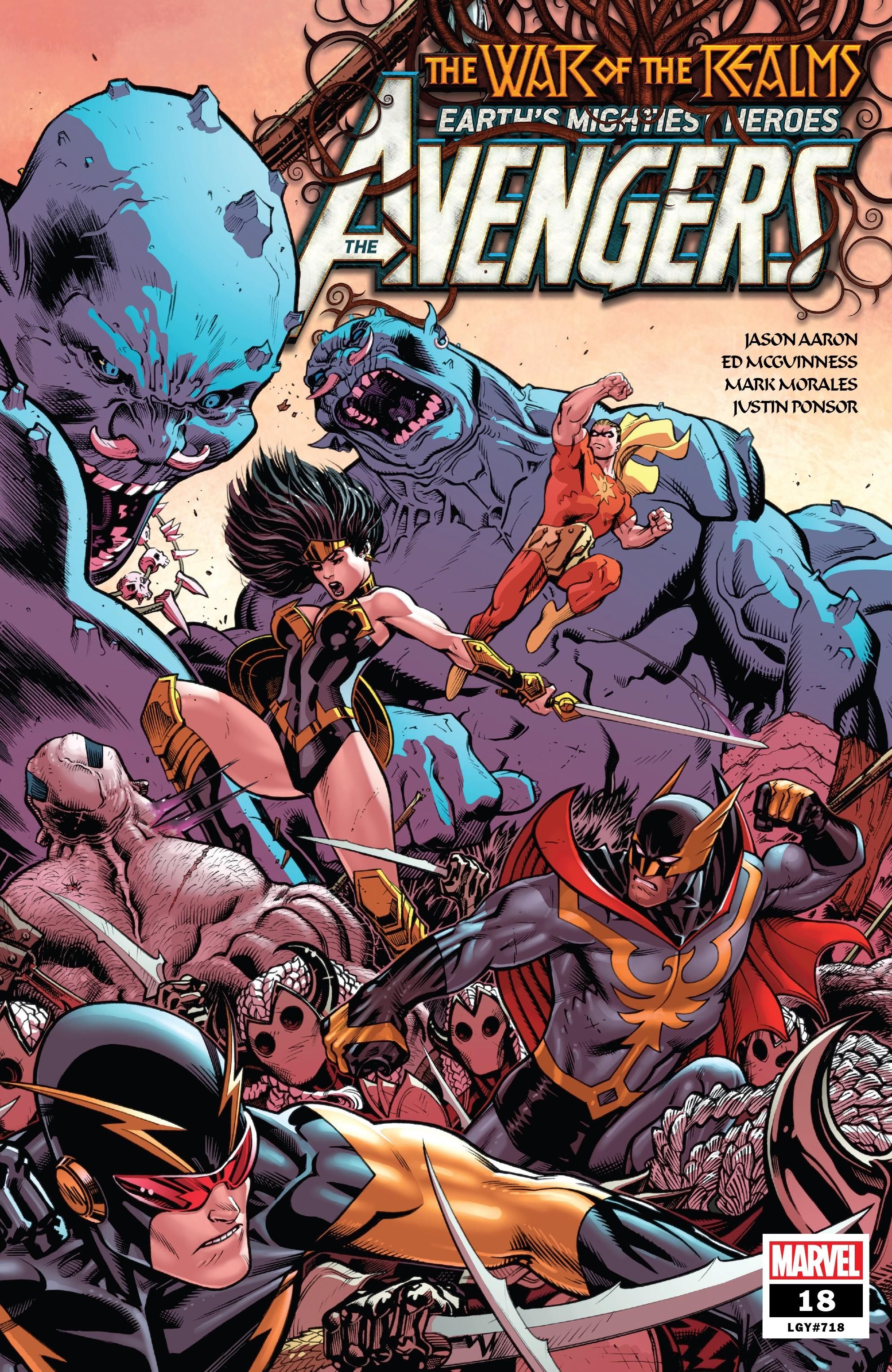 Is there anything else I can do for you, Agent Coulson?

Appearing in "Crisis on Ten Realms"Edit

WAR OF THE REALMS TIE-IN!

See the greatest heroes of Washington, D.C., in action as the War of the Realms comes to the nation’s capital. Who needs the Avengers when you’ve got the all-new Squadron Supreme of America? But who are these mysterious new heroes, and where did they come from? Only Agent Coulson knows.

Retrieved from "https://heykidscomics.fandom.com/wiki/Avengers_Vol_8_18?oldid=1655376"
Community content is available under CC-BY-SA unless otherwise noted.