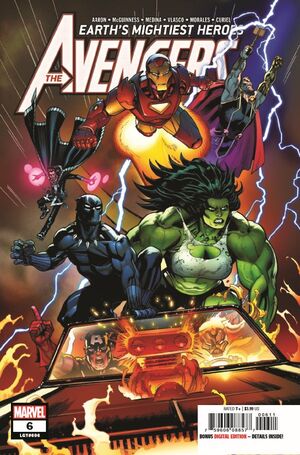 If we fall, we fall together. How does it work, Stark?

Appearing in "Planet of Pathogens"Edit

The final battle against the Dark Celestials. A battle unlike any the Avengers have ever experienced. A battle a million years in the making. The new team of heavy hitters assembles at last. But will the young, inexperienced Ghost Rider prove to be the most important and powerful member of all?

Retrieved from "https://heykidscomics.fandom.com/wiki/Avengers_Vol_8_6?oldid=1655122"
Community content is available under CC-BY-SA unless otherwise noted.